Alongside the many features related to aeromodelling, each issue typically included one or two features on full-size aircraft. These usually centred around the famous series of scale plans for which the magazine was justly famous. Multi-part series such as 'Famous Biplanes' and 'Aircraft Described' ran across the centre pages and featured b+w photographs, detail sketches and a brief description alongside the multi-view scale drawings. In the early 1960s it also included a regular Q & A feature run by Air-Britain called 'Sign Post' which mostly concerned aircraft markings. This was later replaced by a series concentrating on aeromodelling. Some issues also included aircraft colour profiles on the inside back cover. During the 1960s the magazine averaged 38-44 pages per issue, with many b+w photos and line drawings and sketches. 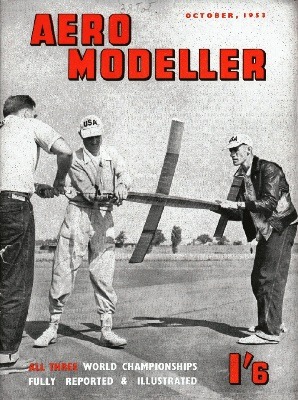