Conceived as a replacement for the AD-1 Skyraider, Ed Heinemann's Skyhawk was capable of proving itself in the skies above Vietnam, Israel, Kuwait and the Falkland Islands. So impressive was its speed and agility, the Skyhawk was often referred to by pilots as "Heinemann's Hotrod." McDonnell Douglas is the story of one of the finest naval aircraft ever built, told by an aviation enthusiast whose work is published in several leading international military aviation journals and magazines. 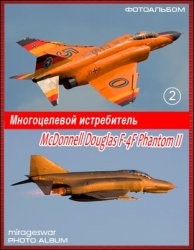