The Manchu Way: The Eight Banners and Ethnic Identity in Late Imperial China

This book, the first in any language to be based mainly on Manchu documents, supplies a radically new perspective on the formative period of the modern Chinese nation. Drawing on recent critical notions of ethnicity, the author explores the evolution of the "Eight Banners", a unique Manchu system of social and military organization that was instrumental in the conquest of the Ming.

The author argues that as rulers of China the Manchu conquerors had to behave like Confucian monarchs, but that as a non-Han minority they faced other, more complex considerations as well. Their power derived not only from the acceptance of orthodox Chinese notions of legitimacy, but also, the author suggests, from Manchu "ethnic sovereignty", which depended on the sustained coherence of the conquerors.

When, in the early 1700s, this coherence was threatened by rapid acculturation and the prospective loss of Manchu distinctiveness, the Qing court, always insecure, desperately urged its minions to uphold the traditions of an idealized "Manchu Way". However, the author shows that it was not this appeal but rather the articulation of a broader identity grounded in the realities of Eight Banner life that succeeded in preserving Manchu ethnicity, and the Qing dynasty along with it, into the twentieth century. 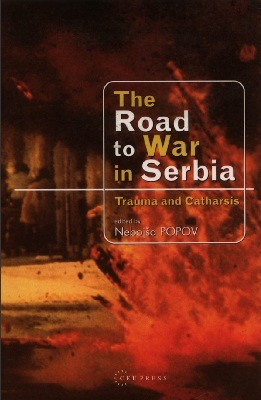 The Road to War in Serbia

Why Nations Go to War, 10th